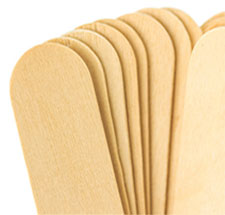 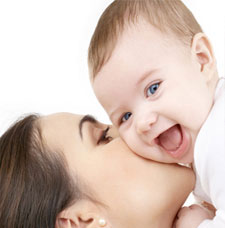 The tonsils are two balls of lymphoid, or "gland" tissue in the back of the throat. The adenoids are similar tissues, but situated at the back of the nose. These tonsils and adenoids help with your child’s immune system as he growns up, and can be seen as the first line of defense against infection. The tonsils and adenoids are usually big in children, and as one grows older they shrink. It is important to realise that big tonsils are not necessarily sick tonsils. Only if they are very big and cause difficulty breathing would an operation be considered. Similarly, if the adenoids are very big and cause the child to snore badly would one think about removing them.


When the tonsils get infected with a virus or bacteria it is called tonsillitis. The main symptoms of such a tonsillitis episode will be a sore throat, fever, difficulty swallowing, ear pain and sometimes even vomiting. The tonsils will be red and swollen and can even have spots or patches of white on them.


If the infection is caused by a bacteria, antibiotics will help to cure it. Tonsilitis can be seen as part of normal childhood, but if recurrent episodes of infection hamper the child’s general health and development it would be best to have the tonsils, with or without the adenoids, removed. This operation is called a tonsillectomy, and removal of the adenoids is called an adenoidectomy. If done together we refer to it as an adenotonsillectomy. This is the most common operation performed worldwide.


Since these ear problems often clear up on their own, treatment may vary. An ear infection can resolve spontaneously without antibiotics. Most of the time it is only pain and fever medicine that is needed. However, in severe cases, antibiotics are often prescribed as well. There are certain long term problems that can occur due to ear infections, like persistent fluid in the ear (glue ear) with hearing problems. That is why it is important to make an appointment with an ENT specialist like Dr Naudé who can assess the condition and advise you on the appropriate course of action to take.

When a middle ear infection clears up, some fluid stays behind. This fluid can be very sticky, like glue, and will reduce the movement of the eardrum and hearing bones and therfore cause a conductive hearing loss. There is usually some discomfort as well, as one gets when your ears are blocked. Babies and children often don’t know how to convey these symptoms, and the parents will often report that the child does not respond well, or constantly pulls on the ear.


Sometimes there is no ear infection before a glue ear, but a bad cold or sinus infection damages the Eustachian tube. This tube runs from the back of your nose to your ear and is responsible for ventilating your middle ear and constantly equalising the air pressure. If the tube is damaged, fluid can build up in the middle ear and cause the same symptoms as mentioned above.


If the fluid in the ear is persistent and causes hearing loss, a grommet or ventilation tube can be inserted in the eardrum.

There are many different airway problems that may exist in children, and two of the common terms used here are stertor (or snoring) and stridor.


Dr Pieter Naudé is an ENT surgeon with an interest in Paeditric ENT conditions. Children are not just small adults. They can present with special ENT problems, and therefore should be examined and treated in a special way.

Stridor refers to an obstruction in the upper airway, causing a musical, high pitched sound when inhaling air.


The most common cause of this is laryngomalacia. This condition starts a few days after birth, worsenes and peaks at nine months and should be gone by two years of age. The problem here is that the voicebox tissue is floppy, and not stiff like it should be. The result is that these tissues then collapse a bit when breathing in, causing an obstruction and the classic stridor sound. No surgery is needed if the stridor is not severe, but the problem can get worse in times of an upper respiratory tract infection. It is best to seek help if you are unsure about your child’s breathing.


Another cause for stridor is croup. This is a viral infection of specifically your voicebox (larynx), windpipe (trachea) and bigger lungpipes (bronchus) areas, and is also called laryngo-tracheo-bronchitis. These children can be severely ill, with high fevers and a ‘barking’ cough. Urgent treatment is necessary.

Snoring is the noise that occurs when there is a blockage in the airway of a child, usually in the nose but sometimes in the mouth as well. The term "snoring" can be used for anything from simple, soft snoring every now and then to severe breathing obstruction every night.


There are a few areas in the nose and mouth that can be the site of obstruction, but the most common cause in children is enlarged adenoids. Babies specifically are obligatory nose breathers, which means that it is difficult for them to breathe through the mouth if the nose is blocked. Sleep apnoea is diagnosed if the obstruction is so bad that the child stops breathing for a few seconds. This can have serious complications by causing severe strain on the heart that can lead to heart failure.


Although enlarged adenoids are the most common cause for snoring in children, in some cases other problems like nose allergies or abnormal anatomy in the child’s nose can be the reason. It can even be a combination of several factors, and it is best to have your ENT specialist try and find out which applies to your child.


Some children outgrow their snoring as they get older and their airways develop and enlarge.